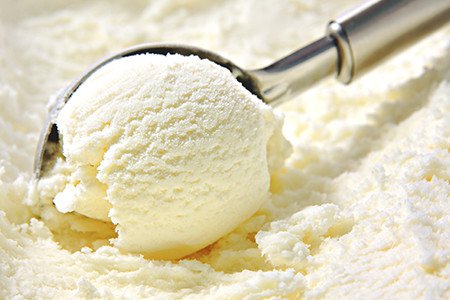 The Many Faces of Ice Cream

With so many types, flavors, textures, and options, ice cream is a treat that has something for everyone. Across countries and cultures, people have taken ice cream, and molded it to fit cultural standards and norms, using the ingredients that they have used in other desserts.

Gelato originated in Italy, and moved east into Europe before coming back west to grace the rest of us. Perfect in its creaminess and the vividness of its flavor, gelato has made Americans swoon for the past couple of decades. Gelato is also a healthier alternative than traditional American ice cream due to its lower quantity of bad fats and cholesterol.

Vanilla ice cream is an American tradition, sometimes served on the side of cakes and pies, or with cookies or brownies. Banana Splits hit their peak in the 70s and 80s, but America’s love affair with vanilla ice cream never faded. Though the vanilla bean is originally from Latin America, other countries cultivate different breeds of vanilla beans.

Different countries around the world have eaten these ice cream-like desserts for decades. A combination of milk, fruit, and ice is ground together, poured into a mold, and frozen. The most popular fruit flavors are strawberry, mango, peach, and grape.

Truer to what constitutes ice cream is ice cream bars. Ice cream bars first took off in the 1920s with the invention of the chocolate-covered ice cream cone called, ‘the drumstick.’ Today, ice cream bars are more likely to be square-shaped (or square-ish) portions of ice cream coated in chocolate. Artisan creameries may have special ways of dipping or shaping the ice cream, and add fruit, nuts, sprinkles, or candy to the chocolate shell.

A relatively new treat that originated in the United States or Western Europe, alcohol-based ice creams may imitate cocktails, liqueurs, or wine. Some favorites are merlot wine ice cream, Sex on the Beach ice cream, Boozy Cotton Candy, and Hoppy Root Beer ice cream. As alcohol-based ice cream grows in popularity, more shops for grown-ups will pop up here and there for lots of happy smiles!

While no one seems to be sure when or who invented fried ice cream, it been around for at least a hundred years. Ice cream is wrapped in a thin sheet of dough, and flash-fried. The fried ice cream ball is almost always then topped with a drizzle of chocolate, whipped cream, and a piece of fruit.

With the vegan diet rapidly gain popularity, vegan ice creams have been rising in popularity right along with the rest of the diet. Made from Coconut, Almond, Rice, or Soy Milk, vegan ice creams may not be as creamy as dairy ice creams, but they have extraordinary natural flavors that will make you glad that you’re dairy-free. If you’re looking for something even better for you than the vegan ice cream, frozen bananas can be blended with other fruit and a little soy milk for a delicious treat.